I wrote this piece way back in 2011.  Has remained a favorite of mine.  My blog was new…I was excited while Tom Waits crooned in my ear.

I’m quite fond of the expression shiver me timbers thanks to my dad who used it all the time.  I’ve always assumed it meant he was cold, but after careful research I now know what it really means. 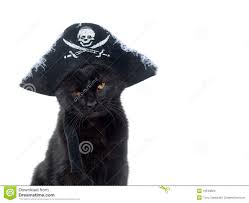 I have a well read pal named Ed who knows every bit of literary trivia there is so he’s who I consult on this type of, does anyone really care, topic.  He cheerfully told me it’s nautical cant, or pirate patois stemming from the wooden support frames of a ship.  In a storm if one gets thrashed and pounded against the water lifted by waves the ship is shivering its timbers, later adopted as slang for fear (much thanks to Ed-epedia).

I actually bought myself a Halloween card with a scull on the front that said, SHIVER ME TIMBERS (sometimes you just have to woo yourself).  I decided to send it to my father at Oaklawn Cemetery in Connecticut where’s he’s buried.

Oh yeah, you didn’t know the dead could receive mail?  Sure they can.  It’s actually a little trend I’ve started.  I’m not saying it was easy.  I had to lobby the idea quite a bit, but finally it was empathetically embraced so he now, gets cards and notes, from his screwball offspring.

How does it work?

A cemetery worker, probably a digger, delivers it to his grave propping it up against his modest marker.  It’s a military graveyard so all the stones are flat and uniform accompanied by little flags stuck in the earth.  It’s very poignant even though, I’ll admit, at first I thought it was the government just being cheap, but then softened seeing its simple beauty, amber waves of grain, that sort of thing.  It’s the exact same one Bobby Kennedy has at Arlington though a plain white cross precedes his on its own little hill.  RFK is an idol of mine so it pleases me, he and my father had something in common besides both being kindhearted men (Bobby Kennedy was kind, you need to read more about him especially in his last years).

This brings us to Halloween that in our house was the drum roll for the Day of the Dead.  It falls on November 2nd where according to Catholic lore the dead come back to commingle with the living. 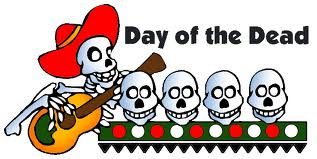 I know what you’re thinking.  You don’t find that concept creepy Susannah?

Hell no, I’m Italian, remember?  My grandmother even made her annual morti stew or stew for the dead, using every conceivable bone she could get her hands on for its tangy broth.

I remember getting gifts from deceased relatives, an old, Italian practice.  As a kid I wondered how Uncle Donato, better known as Uncle Danny, managed to make it to the mall every year.  That’s the trouble with Italians, nothing is ever really explained, so a six year-old has lots of imagining to do.  Did my aunt go pick him up at St. Michael’s to drive him to Korvettes?  Did he take the bus? How did he know Barbie wanted a barbecue set?

Why couldn’t I just ask my grandmother or mother what was going on?

I did ask, and they both said the same thing, “Shut up Susannah and eat.”

Communication, at its purest.

My grandmother didn’t like the idea of Halloween and would never participate, but my mother loved it.  Like all little girls I wanted to be a ballerina or princess, but she liked clowns and beatniks so I always seemed to be one or the other looking exactly the same as both.  She’d drape me in a big, button-down shirt with paint splattered on it over black Danskin leotards.

I recall my ass always being cold.

The clown got big red cheeks and the beatnik a peace sign.  No wonder I got less candy than everybody else.  They probably thought I was a dwarf masquerading as a kid.  These were the days when no one ever thought about poisoned apples or hidden razor blades in candy bowls.  Of course we locked Gramma in her room so she couldn’t scare anybody.

“Gramma no one wants a slab of eggplant or a left over chicken bone, okay?  Behave yourself…go watch Lawrence Welk.”

In any event, in memory of my childhood I always celebrate Halloween.

I’ll throw on some tights and a big shirt, eat a few Milky Ways and some corn candy, my favorite, and who knows, maybe Uncle Danny will stop by with a little something for his niece who sadly, hardly remembers him.

Now Gramma is another matter.

I’ll be on the look out for that bone.

To be up in the crow’s nest singin’ my say, shiver me timbers, cause I’m sailin’ away.’ 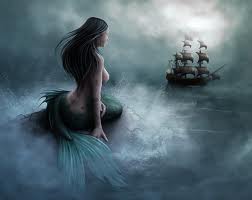 I'm just a girl who likes to write slightly on slant. I've had a career in fashion, dabbled in film and to be honest, I don't like talking about myself. Now my posts are another matter so I will let them speak for themselves. My eBooks, A New York Diary, Model Behavior: Friends For Life and Notes From A Working Cat can be found on Amazon.com. Thanks.
View all posts by Susannah Bianchi →
This entry was posted in Family, food, Home, humor, kids, music, parents, religion, Women and men and tagged Arlington National Cemetery, Bobby Kennedy, Day of the Dead, graveyards, Halloween, Italian cooking, Pirates, Tom Waites. Bookmark the permalink.

14 Responses to Shiver Me Timbers