Posted on December 6, 2013 by Susannah Bianchi

Carmela, my friend the basset hound, and I were in a deep discussion over shoes. I’ve been looking for a pair of cocoa brown spectator pumps the same shade as her ears and for the life of me, cannot find them. If only I could just take her to Bergdorf’s like a big swatch, but apparently Carmela’s fall schedule is pretty well booked.

While I took a snapshot or two in lieu of her, a little boy…no more than five..popped by with his father. 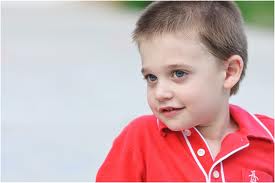 He was a sweet little thing dressed in jeans and a hoodie, mini Chuck Taylors gracing two frisky feet. Why they noticed us, I really can’t say. I mean, haven’t they ever seen a five foot eight woman draped on a sidewalk asking a hound dog if she could turn to her left before?

Carm and I shook our heads as if to say, they just must be out-of-towners. Perhaps this sort of thing doesn’t occur in Duluth.

I knew the kid had been around animals the way he romped over but didn’t lunge after Carmela. He gently opened his palm to let her make the first move, which naturally she did like any other woman who loves having her paw kissed. As a matter of fact, the way she wiggled and rolled her eyes was making me quite ill. I mean really Carmella, I finally had to say, “Get hold of yourself.”

Why is it when a man, or in this case two, pays a woman the least bit of attention she turns into Bette Davis?

After petting Carmela for a good couple of minutes…scratching her ears…rubbing her head…watching her swoon and sway like a tipsy cannon, he turned to his father and said…

“Wow dad…this is one big Beagle.”

I'm just a girl who likes to write slightly on slant. I've had a career in fashion, dabbled in film and to be honest, I don't like talking about myself. Now my posts are another matter so I will let them speak for themselves. My eBooks, A New York Diary, Model Behavior: Friends For Life and Notes From A Working Cat can be found on Amazon.com. Thanks.
View all posts by Susannah Bianchi →
This entry was posted in animals, Beauty, Fashion, friendship, humor, kids, Love, New York City, parents, Uncategorized and tagged basset hounds, Bergdorf Goodman, Bette Davis, Designer shoes, funny kids, healing power of animals, matinee idols, wellness dogs. Bookmark the permalink.