If you were to ask me what women I admire most, Lady Liberty would be in my top three.

As a matter of fact, if it wasn’t so hot I’d be in a robe and tiara myself, not shorts and a tee to commemorate Lib on her day of days.

From the time I could say her name after glimpsing her from the railing of the Staten Island Ferry in New York Harbor, she’s been a source of illumination for me living up to her infinite job description… 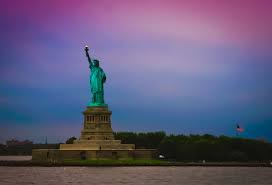 A gift from the French as a symbol of friendship, she was unveiled on October 28, 1886 as our eternal diplomat welcoming those coming to seek freedom and a better life.

To this day when I need a shot of courage I go see her. She’s always home, waving hello, like my mother said when I was three expressing concern we might miss her. 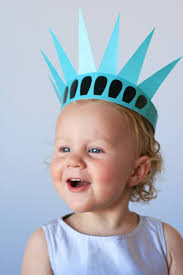 I probably know more about The Statue of Liberty than the average American since I’ve always considered her a friend.

She’s made up of poignant symbols starting with her torch,

the strongest metaphor Mr. Bartholdi, her creator, built into her being. In fact the Statue’s real name reflects its true meaning:

Her crown has seven spikes

representing the 7 seas and 7 continents of the world.

She holds a tablet

in her left hand…a book of law based on the founding principles of this nation, a nation based on law.

When you think she had a tablet way before Apple made one, it’s mighty impressive along with its writing stating America’s independence in roman numerals.

The shape of it, called a keystone in architecture, is the stone keeping the others together. Without it, everything would fall apart.

The 25 windows in her crown, personify the heaven’s rays of light that shine over the 7 seas and continents.

Our true First Lady actually wears sandals delighting me to no end. She’s also not standing still. Even though Lib stands on a pedestal, she is actually walking ahead moving forward…lighting the path to freedom through peace, not violence (in sensible shoes) suggesting stature as a free person.

Liberty wears a free-flowing robe or stola, which powerfully refers to the Roman influence of the goddess Libertas, who was worshiped by freed slaves.

at her feet, symbolize her eternal freedom.

Richard Morris Hunt, who designed the pedestal she balances on, made some representations 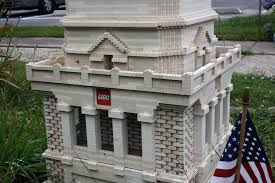 as well. He placed shields on each side of it symbolizing the states in the Union.

It’s made of 13 layers of granite remembering the 13 colonies forming America in 1776.

I love the fact the money for it was raised by the people, not our government, who refused to ask Congress for the funds to pay for it. Joseph Pulitzer, the Editor of The New York World remembering what it was like seeing her for the first time when he came through New York harbor, promised…anyone who contributed even a penny would have their name printed in his newspaper.

We the people stepped up, to quote Leonard Cohen, for our Lady of the Harbor.

I don’t know about you, but Lady Liberty is someone I’ll always look up to for an army of reasons. For one, she reminds me how lucky I am to live in the land of the free.

When I see her, my eyes well up with pride to be able to say…

I’m an American, and America the Beautiful is where I live.

Let Freedom Ring, no matter what they try to do to us… 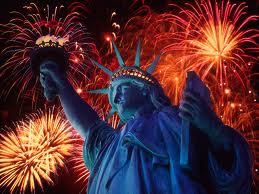 I'm just a girl who likes to write slightly on slant. I've had a career in fashion, dabbled in film and to be honest, I don't like talking about myself. Now my posts are another matter so I will let them speak for themselves. My eBooks, A New York Diary, Model Behavior: Friends For Life and Notes From A Working Cat can be found on Amazon.com. Thanks.
View all posts by Susannah Bianchi →
This entry was posted in History, Love, New York City, Politics, women and tagged All that is French, Fourth of July, freedom, proud to be an American, Statue of Liberty, The United States. Bookmark the permalink.