Posted on September 8, 2015 by Susannah Bianchi

My essay, Diana, Princess of Wails (https://athingirl.com/2015/08/31/diana-princess-of-wails), got slammed.  A woman I’d never heard from before didn’t care for my wordplay, resulting in a rather rude swipe at my writing.

It was so obvious, even if the title came off a little cheesy, how much I admired Diana Spencer Windsor.

Another fellow I happen to love made no bones about loathing her.  Being British, I guess he has his reasons, but I stand firm in the belief, we can all agree to disagree.

I have taught myself to look for the good in everyone and in every situation.  It’s not easy going out on a limb, but ultimately, that’s where the fruit is.

To quote writer Anne Lamott, all truth is a paradox.  Diana, same as the rest of us, had many components.  Yes, she was a clothes horse spending thousands of dollars to look camera ready every hour of the day, but she also walked through minefields paying homage to their casualties.  She held AIDS babies, hugged lepers and those inflicted with terminal disease.  How many of us could claim Mother Teresa as a good friend.

I love her son William’s suggestion she sell her clothes giving all proceeds to charity resulting in an auction raising over a million dollars.  The dress she wore at the White House when dancing with actor, John Travolta, alone brought in 500.000 pounds (roughly 222,500 in dollars). 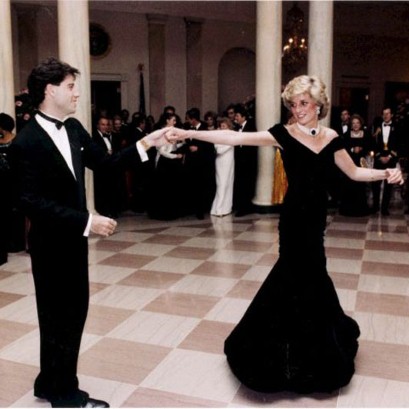 I’m reading another book by Christopher Anderson called, After Diana – William, Harry, Charles, And The Royal House Of Windsor.

It speaks to me as I read.

Mr. Anderson, a very engaging writer, brings up the conspiracy theory that Diana’s fatal accident was no accident.  She had written a very prescient letter not long before she died stating what may happen to her.  To quote Mr. Anderson, Diana signed the letter, put it in an envelope and sealed it before handing it to her butler and confident Paul Burrell.  “I want you to keep it,” she told him, “just in case.”

The powers that be didn’t much care for her stand against landmines.  The grey suits, as she called them, felt her passion was a threat to the monarchy.

The fact she was having a very public affair with a Muslim whom, if she chose to marry, would be the step-father of the future King of England, didn’t sit too well either.

Was Diana murdered?  It certainly leaves you wondering.

Why did it take so long to get her to the hospital?  And apparently there was one closer than Pitie-Salpetriere, the one they took her to.  I’m naive in such matters so I think, would they have really done this to William and Harry’s mom?

Why was no one wearing their seat belts?  You would think with a bodyguard on hand, it would have been the first order of business.

The Queen comes off like an iceberg.  Only when intimidated by her son, who rarely stood up to her, and a prime minister who did, did she finally do the right thing, coming home to London to let her subjects know she too was grieved over the death of her former daughter-in-law, an act worthy of an Academy Award (see film The Queen).

Diana’s death seemed to be just a lavish inconvenience to the conclusion of her summer holiday.

You have to ask yourself, who are these people?

But even in death Diana made a difference.  Prince Philip, whom after four books I truly dislike, had a divine moment when William, his grandson, said, he wouldn’t walk behind his Mother’s casket…to paraphrase…I am not walking in that parade.

His grandfather, who had no intention of so publicly participating said to him, “William, if I walk, will you walk with me?”

Hence, the very moving image of Diana’s sons, former husband, brother and once father-in-law walking in step behind her. 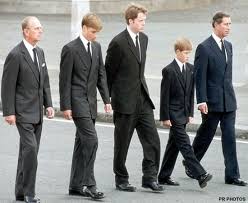 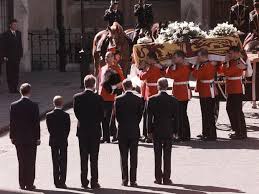 Parents who fall shirt quite often are exceptional grandparents.  I think we can say, Queen Elizabeth along with her husband can make this claim, though I’d still like to smack them silly with their crowns and titles.

I’m also moved by Prince Charles whose love for Diana arrived like an avalanche when he first saw her lying so still in that Paris hospital when he went to bring her home.

He asked about her favorite gold earrings that were not in evidence.  A nurse said, when they brought her in, she was only wearing one.  The other was found weeks later gouged in the wreckage of her final moments.

Another disturbing Queen’s tale was how she demanded to know if any of the Windsor Jewels were found among Diana’s possessions.  This became a huge obsession since the Queen wanted them back worried they’d fall into the wrong hands, meaning Mohamed Al Fayed, Diana’s lover’s father, who was repeatedly denied British citizenship.

The alleged intrigue knows no bounds, but what comes through despite it all, is Diana’s unstoppable light.

When remembering she was only 36, one can’t help but to be humbled.

Reminds me of Bobby Kennedy who, same as Diana, expected to die young waiting like a stalked deer knowing any moment it would happen.

What’s impressive is, despite this prophecy, they still did what they could not allowing fear to paralyze them.

Valor comes with a price and even in memory influences and coaxes those who remain to pick up its reins.

My intention was never to insult nor cause any disrespect towards The Princess of Wales.

My heart, now and always, truly beats for her. 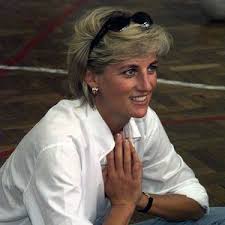 I'm just a girl who likes to write slightly on slant. I've had a career in fashion, dabbled in film and to be honest, I don't like talking about myself. Now my posts are another matter so I will let them speak for themselves. My eBooks, A New York Diary, Model Behavior: Friends For Life and Notes From A Working Cat can be found on Amazon.com. Thanks.
View all posts by Susannah Bianchi →
This entry was posted in Books, Family, Fashion, History, Love, media, men, money, Politics, readng, words, writing and tagged : https://athingirl.com/2015/08/31/diana-princess-of-wails, Anne Lamott, Princess Diana 18th Anniversary, The Royal House of Windsor, Was Princess Diana murdered?, Writer Christopher Anderson. Bookmark the permalink.