Posted on November 2, 2015 by Susannah Bianchi

En route to somewhere, I came upon a little lady of 3, sprawled on the sidewalk having a major meltdown.  Imagine Kim Basinger at that age losing her cool, blonde tendrils draped on the pavement, a tiny butt perched in the air. 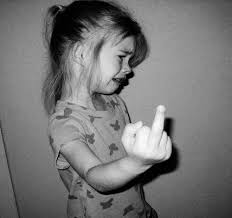 A patient father stood a few yards away while a pissed off mother waited at the corner.

Susannah, don’t get into this, I said, but we know me better than that.

“We women have issues,” I said, smiling at the dad. “Sometimes all we need is a great big hug to fix what ails us.”

He smiled in kind but stayed put, not heeding my suggestion.

I looked at this beautiful, unhinged kid kneeling to her level and said,”you’re such a pretty girl. Why are you crying when you’re so pretty?”

Her tears stopped in mid-stream proving once again, age doesn’t matter when vanity pays a call.

She stared at me with blazing blue eyes not knowing what to think.  If I had to guess it would have been, who the hell are you, and why should you care.

After a moment of suspension, she started weeping again, but not as heartily…whimpering not screaming.  A subtle mewl more than a wail.

Her dad, still in position, reached out his hand she slowly took after reluctantly getting up.

Her tights were dusty, so I rubbed mine inspiring her to do the same.

She was the cutest little heathen you’ve ever seen, already self-possessed knowing who she was and who she will undoubtedly grow up to be.

I walked backwards hoping her emotions would stay in check while her eyes never left me.

As I approached the mother still fuming at the corner, I thought…no lectures Susannah.  She’s all of 30 clearly overwhelmed so try not to pass judgment on her style of mothering.

I’m not dealing with this.  She needs to learn to behave. I could have had a career.

Yes, we know this type of parenting.  It’s called…what the fuck was I thinking having children.

I sidled up to her grateful for the red light and said, “your daughter is so beautiful.  I know she’s being bratty, but I’d still kill to have her.”

She thawed remembering what a blessing she gave birth to despite the baby breakdown smiling the same smile she passed onto her daughter.

I guess it takes a woman like me, never blessed with babies, to be able to open the eyes of a girl who has.

I'm just a girl who likes to write slightly on slant. I've had a career in fashion, dabbled in film and to be honest, I don't like talking about myself. Now my posts are another matter so I will let them speak for themselves. My eBooks, A New York Diary, Model Behavior: Friends For Life and Notes From A Working Cat can be found on Amazon.com. Thanks.
View all posts by Susannah Bianchi →
This entry was posted in Family, humor, kids, Love, New York City, parents, Uncategorized and tagged little kids, loving your children, parenting, patience, young mothers. Bookmark the permalink.