Posted on December 22, 2015 by Susannah Bianchi

Remember when I wrote, no one in New York was Christmas shopping?  That’s because everyone was at Bloomingdales.

Twice a year I go there to buy my Laura Mercier concealer that has risen to the price of gold.  That Laura has the balls, or dark circles, of a rhino.

Dodging the squad of sales people who are like the paparazzi with perfume, I couldn’t get over the women frantically buying top-of-the-line make-up all in fur coats.

If I had had a couple of drinks in me, I would have thought I was in the forest.  You couldn’t move.  When usually I’d run in and out, I was stuck behind this hysterical herd.

After finally making my bi/annual purchase, I couldn’t get out the door, and these girls wouldn’t budge.  Most of them were overweight dragging their ugly Birkin bags giving them collectively bad posture.  I had three words for this furry group…CALCIUM with D.

Have I ever mentioned I’m claustrophobic?  I started sweating needing air in a big way.     Panic came a’callin provoking me to do what any other insane, get me the fuck outta here, Italian girl would do who had a nutty mother as her mentor, she whispered rather loudly…. I SMELL SMOKE!

You never saw so many minks and sables, beavers and even a fox or two move that fast, like a stampede at Yellowstone.

I know it was a cheap shot, but this is New York folks, a survival town…a little like Dodge and let’s just say, it was high noon at Bloomies. 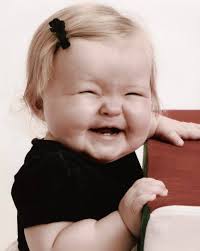 I'm just a girl who likes to write slightly on slant. I've had a career in fashion, dabbled in film and to be honest, I don't like talking about myself. Now my posts are another matter so I will let them speak for themselves. My eBooks, A New York Diary, Model Behavior: Friends For Life and Notes From A Working Cat can be found on Amazon.com. Thanks.
View all posts by Susannah Bianchi →
This entry was posted in alcohol, animals, Fashion, Health, humor, money, nature, New York City, shopping, women and tagged Bloomingdales, Christmas shopping, David Sedaris Holidays on Ice, Laura Mercier cosmetics, PETA, spending money, women in fur. Bookmark the permalink.