I have been waiting three days for my rugs to arrive from the Bahamas.  Apparently, there’s a problem on the loading dock.

I asked myself, is that the custom, to take so long?

Then it hit me.

I forget, anything Bahamian is not American.  You don’t just pop it in the mail.

I actually owe this revelation to Felix the doorman who, every time I come in or out says, “no sign of em’ yet….must be held up at Customs.”

Why would they be stopped?  Are they smuggling something…heroin, hashish, Gucci handbags?  Have they a past?  Were they associated with a crime ring or the Gambino Family?  I had no idea one should vet their carpets.

And, they were a gift.  I’d never import, and as a matter of fact left to me, I wouldn’t have any.  I’ve never even owned one short of a dog who wouldn’t move out of the way.  My friends, who kindly insisted on making them said, YOU NEED RUGS, increasing my compassion for bald men.

So, trying to be open, I agreed.  They’re grass rugs after all, and being from Connecticut, the land of tip-toeing barefoot across a golf course, how could I say no.

I have an image of them being smacked around by some short, mean inspector demanding to know where the drugs are hidden.  He looks a little like Sean Penn if he were fat and sporting a toup, envious of their plushness.  Were they searched, probed and scratched from behind, asked to spread-em like a women peeing at a matinee?

My poor rugs.  Rumor has it they might be sprung on Friday.

I’ll be here, along with Felix, to greet them at the service door. 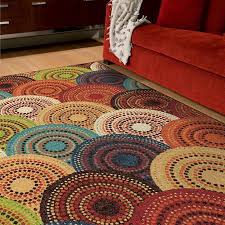 I'm just a girl who likes to write slightly on slant. I've had a career in fashion, dabbled in film and to be honest, I don't like talking about myself. Now my posts are another matter so I will let them speak for themselves. My eBooks, A New York Diary, Model Behavior: Friends For Life and Notes From A Working Cat can be found on Amazon.com. Thanks.
View all posts by Susannah Bianchi →
This entry was posted in Connecticut, Home, humor, New York City, shopping and tagged Drug rings, keeping your sense of humor, square footage, The Mafia, toupees. Bookmark the permalink.