Yesterday Mimi, my friend and neighbor, left, moving to Washington where I will more than likely never see her again.

Yeah, I know, it’s not so far, but as she said good-bye, I knew, we were at the end of something.

Not everything is meant to last, and this had a very short lifespan of 4 months.  She was my first and only friend in a new building at a time when I too left my home of many years, feeling lost and strange wondering if I’d ever feel I belonged.  Though a very polite place to live, it’s not a very warm one.

Mimi was the exception to the rule, like sun, shining on my shoulders.

She brought me flowers and cookies, called every day to see if I was okay.  I took to her like a shelter animal sniffing out a person’s innate goodness.

We had many cocktail hours together when she told me stories of growing up in Jefferson country (Charlottesville Virginia), where she had a horse named Patrick Henry she rode every morning before school.

I heard her numerous tales of China, going there 9 times to help build schools in areas where there were none, carrying bags of books, she’d hand out to children she’d meet along the way.

Never married with no children of her own, I related to her aloneness and fierce independence humbled by all the good she did in her 89 years.

Humility hovered whenever showing awe, waving away my admiration.

“It’s what you do when you have more than most,” she said, “you share whatever it is.”

Raised in a very cloistered, Catholic household, never shedding that built-in altruism she learned from pious parents and noble nuns who taught her from grade school right through college.

“Did you ever wanna be a nun yourself Mimi?” I asked one day.

“He was my one, true love, other than Jesus of course, but my parents didn’t approve.  He was Episcopalian…a farmer like his father and grandfather, and they felt he wasn’t fine enough for me.”

I saw how sad her eyes got remembering, when it had to be, easily, almost 70 years ago.

The power of love…it never goes away, now does it?

I tried not to be legitimately home when the movers came, but was, as they took her last box of belongings.  It was a little like witnessing an execution since I knew, deep in her heart, she didn’t want to go.

I had already seen her the day before to get her new address sort of saying good-bye, not something I’m very good at.

As she stood stoically in the doorway in her favorite navy pants suit, blue crystal beads gracing her neck, I stood in my doorway, smiling, determined not to cry saying things like, wow Mimi, can you believe how fast these men are?

Frank, the super, suddenly appeared with an envelope I’d given him.

I had taken pictures of him and all the doormen placing them in a card they all signed.

My men, is what she always calls them treating them as if they were dutiful sons looking after their irascible mom.

I didn’t want her to know I was behind it, so I motioned for him to wait.

“Well I hope so,” she said, hugging me tight.

“Thank you Susannah, for everything.”

“No thank you Mimi, I said, tears welling up,  ” you better go, you don’t want to miss your train.”

“And listen, don’t you go flirtin with anybody now, cause then you might get off at the wrong stop.”

She laughed, as Frank escorted her down in the elevator for the very last time.

As for me, I opened up one of the bottles of Chardonnay she left me… 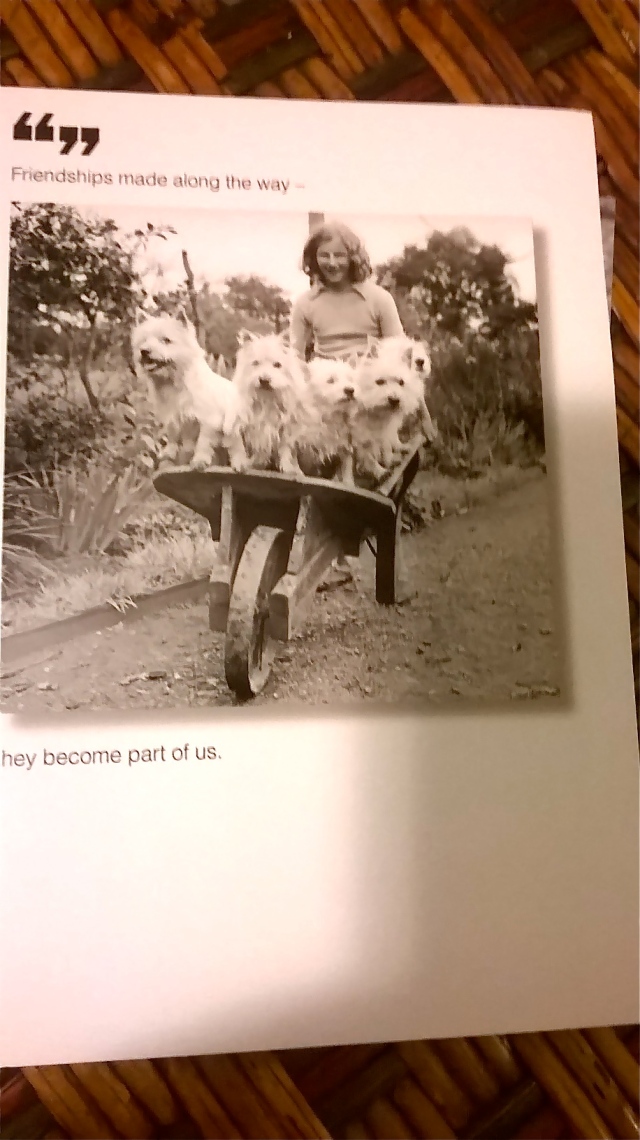 I'm just a girl who likes to write slightly on slant. I've had a career in fashion, dabbled in film and to be honest, I don't like talking about myself. Now my posts are another matter so I will let them speak for themselves. My eBooks, A New York Diary, Model Behavior: Friends For Life and Notes From A Working Cat can be found on Amazon.com. Thanks.
View all posts by Susannah Bianchi →
This entry was posted in alcohol, animals, Books, Faith, Family, friendship, Home, Love, New York City, parents, women, words and tagged Charlottesville Virginia, friendship, losing a friend, loss, painful good-byes. Bookmark the permalink.

24 Responses to No More Mimi