Why Women Should Vote

I’ve been hinting at this here and there like a diplomat trying not to offend anyone, but this is where the kid gloves come off since three women I know, have already said, they’re not voting.

There was a time men laughed at the mere thought that women should have the right to vote.  Now think about that for a second.  Imagine being ridiculed for something we, more or less, take for granted.

Let me enlighten you.  In 1850, a stream of courageous women began a movement who, marched and beckoned, besieged and practically begged to have the same right to weigh in as their husbands, who did nothing to help until 1920, when the 19th Amendment to the United States Constitution was passed giving women the right to vote. 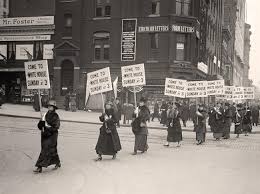 I wish I could say, their opposition was all there was, but that wasn’t the case.  The women who tried their hardest to win what we have now, never seeing it in their lifetime, were ridiculed and reviled for merely having the desire to be treated as an equal.

Ken Burns made an amazing film called, “Not For Ourselves Alone: The Story of Elizabeth Cady Stanton and Susan B. Anthony and their long fight to bring equal rights to women who, along with countless others, got us the vote.” 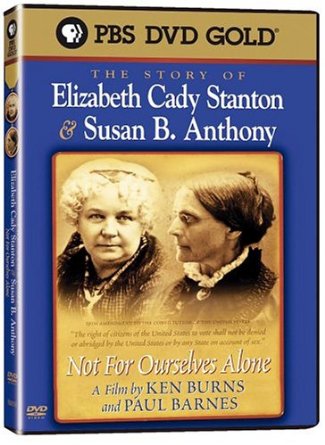 These women were humiliated, and even jailed, because they marched in protest.

We were considered inferior to men only useful as child bearers and housekeepers.

This is what makes me soften towards Hillary Clinton since, despite her flaws, represents those brave and humble souls who stood up for the rights we have now.

So when I feel dispassionate and discouraged chanting, what’s the use…I think of them laughed at and dismissed, these suffragettes’ who stoically suffered so we, on election day can be counted, as Americans, despite our sex.

For them, I will go vote, humbled in their memory.

I ask you, on my knees, to please do the same.

I'm just a girl who likes to write slightly on slant. I've had a career in fashion, dabbled in film and to be honest, I don't like talking about myself. Now my posts are another matter so I will let them speak for themselves. My eBooks, A New York Diary, Model Behavior: Friends For Life and Notes From A Working Cat can be found on Amazon.com. Thanks.
View all posts by Susannah Bianchi →
This entry was posted in Books, History, Home, men, New York City, women, words, writing and tagged 19th Amendment, 2016 Presidential Election, Hillary Clinton, Ken Burns, Women suffrages, Women's right to vote. Bookmark the permalink.

29 Responses to Why Women Should Vote