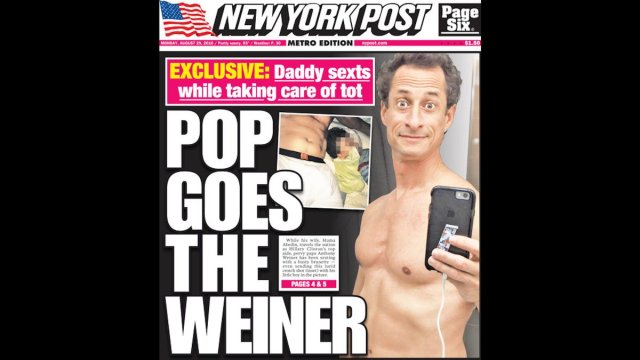 I’m getting so tired of this ongoing Hillary bashing.  Yesterday’s New York Post’s front page may have put me over the edge.

Anthony Weiner, former New York congressman, who once again is sexting over the net, is the husband of Huma Abedin, who works closely with Mrs. Clinton…SO...the thread of the Bill/Monica/Weiner’s weiner saga continues like a pornographic mini series.

If you want more of an innocent giggle over Miss Melie, read Paul Rudnik’s Shouts and Murmurs piece in last week’s New Yorker.  I can handle that more than her arms around another girl…

What troubles me the most is, since Alexander Hamilton, our first secretary of the treasury under George Washington, sired the Post in 1804, they should rise to a higher standard.

This drumroll leads to a story.

It was July, 2004, the 200th Anniversary of Mr. Hamilton’s death in the most famous duel in history, killed by Aaron Burr on the bluffs of Weehawken, New Jersey.  There was a memorial service at Trinity Church where his funeral took place, buried in their graveyard.

Being an avid Hamiltonian from way back, I was there, seated next to a pretty, middle-aged black woman in a rose covered dress and porkpie hat.

After listening to many passionate speakers, a representative from The Post took the podium.

“We at The New York Post, every day, do our best to uphold the high standards left by the legacy, of Alexander Hamilton.”

The woman next to me, more than under her breath said,”Yeah, well…all I know is, Mr. Hamilton, right now, is rollin in his grave.”

You said it sister.

As for Anthony Weiner’s weiner, is Hillary responsible for his too, even by association?  Isn’t Bill’s enough for her to have to contend with? 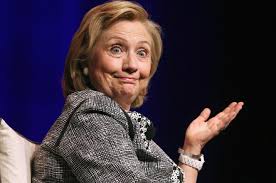 I'm just a girl who likes to write slightly on slant. I've had a career in fashion, dabbled in film and to be honest, I don't like talking about myself. Now my posts are another matter so I will let them speak for themselves. My eBooks, A New York Diary, Model Behavior: Friends For Life and Notes From A Working Cat can be found on Amazon.com. Thanks.
View all posts by Susannah Bianchi →
This entry was posted in History, humor, media, men, New York City, Uncategorized, Women and men and tagged Alexander Hamilton, Anthony Weiner, Hillary Clinton, Huma Abedin, Melanie Trump, Paul Rudnik New Yorker Shouts and Murmurs, The New York Post. Bookmark the permalink.