I have a band of books I read over and over again that have quite a range.

I go from Pride and Prejudice to Movable Feast, 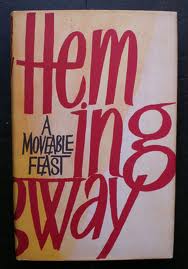 Out of Africa, Why Sinatra Matters seguing into, Take the Cannoli, The Killer Angels, Sedaris’s Holidays on Ice,

sliding into Good Dog Carl for a big, wacky finish. 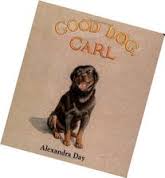 That’s quite a buffet if you ask me.  But the book I’m reading for the 10th time says it all about personal preferences and hangin by your hinges humor, and that’s…

Like discovering sex again when you’re 60, or dry-humping for the first time, you’re encapsulated by the whole experience.  His candor about a chef’s life coming up through the ranks letting it all hang out like the entrails of one of his tenderloins, gleans him so much respect from this Connecticut girl, who’s guilty going out without her cardigan, let alone pants brandishing her butt cheeks.

His advice on dining out has become legendary.  Don’t eat mussels, or any fish for that matter, on a Monday, staying clear of the word special, since it’s code for old.

And if a bistro’s bathroom is dirty, imagine what its kitchen looks like.

He hates vegetarians and finicky eaters because, as he so plainly puts it, your body isn’t a temple, it’s a fucking amusement park.

His willingness to blow his cover about his former heroin habit, early humiliating trials working for crazy foodies, living from hand to mouth while lovingly learning his craft, has earned him a place in the literary food world more than an Emeril or Bobby Flay thanks to his, as the New York Times aptly put it…

Comic vision that goes beyond original.  It is deliciously depraved.

You need a laugh, especially at 3 a.m.?  Anthony is a great guy to snuggle up to since, he always gets it up, doesn’t matter how many times you need him too…

How many men can you say that about?

I'm just a girl who likes to write slightly on slant. I've had a career in fashion, dabbled in film and to be honest, I don't like talking about myself. Now my posts are another matter so I will let them speak for themselves. My eBooks, A New York Diary, Model Behavior: Friends For Life and Notes From A Working Cat can be found on Amazon.com. Thanks.
View all posts by Susannah Bianchi →
This entry was posted in Books, Connecticut, food, humor, media, men, New York City, words, writing and tagged Comedy Relief, Great books, Kitchen Confidential Anthony Bourdain, The Art of Cooking. Bookmark the permalink.

30 Responses to Reading A la carte