Posted on December 16, 2016 by Susannah Bianchi

Today would have been Bill’s 55th birthday.  I tend to celebrate it like any other poignant anniversary, with revered remembrance and lots of love.

I wrote once about how we’d turn one another on to movies we loved, the other hadn’t seen.  A great memory of mine.  But there was one film we both loved and watched together.  A Lion in Winter, with Katharine Hepburn and Peter O’Toole, both never as majestic on the big screen.

The movie itself is extremely poignant, it’s story of an exiled wife, by her unhinged husband who also happened to be King Henry II, each with a favorite son, through palace intrigue, wanting to inherit the throne. 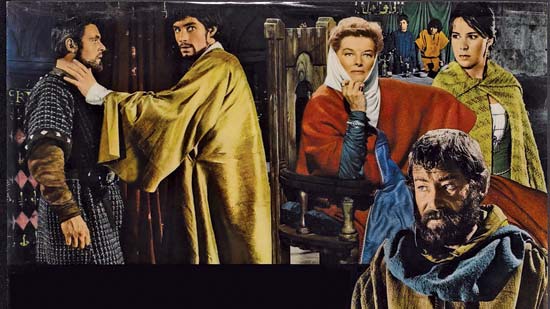 There was also real life drama going on, it being Kate Hepburn’s first film since the death of Spencer Tracy, O’Toole gently coaxing her out of mourning to play the part.

“You’re the only one who could play Eleanor,” he was known to have said, as in Eleanor of Aquitaine, one of the most powerful women of her day. It was also Anthony Hopkins’s film debut as Richard the Lionhearted, a slam dunk first performence launching him like a cinematic rocket.

I remember sitting at Hicks’s feet with him on the couch swooning in the language.

But the soliquy I remember best is the exchange between the two brothers locked in the dungeon by their father.

Prince Geoffrey:  “My, you chivalric fool…as if the way one fell down mattered.”

Prince Richard:   “When the fall is all there is, it matters.”

If there was ever a speech tailored for Bill Hicks, it was that one.

The noblest of all falling on his sword February 26th, 1994, a little after his 32nd birthday.

I picture you Bill, strolling in the sunshine in worn out jeans with the tails of your white muslim, what you called your Jakarta shirt, swaying in the breeze.

You have the black raincoat, you love so much your mom bought you, over your arm just in case of rain. We can hear your boots clicking on those heavenly cobblestones humming a happy tune, working on something fiercely funny to enlighten us with.

We think of you today, as in every day. 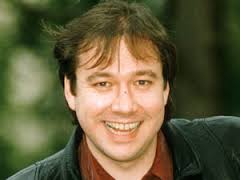 I'm just a girl who likes to write slightly on slant. I've had a career in fashion, dabbled in film and to be honest, I don't like talking about myself. Now my posts are another matter so I will let them speak for themselves. My eBooks, A New York Diary, Model Behavior: Friends For Life and Notes From A Working Cat can be found on Amazon.com. Thanks.
View all posts by Susannah Bianchi →
This entry was posted in comedy, Health, Love, media, men, Women and men, words and tagged Bill Hicks, Bill Hicks 12/16/61-2/26/94, old movies, remembering, The Lion in Winter. Bookmark the permalink.