Posted on December 30, 2016 by Susannah Bianchi

I’m standing on the corner of 57th Street and Park sweating like a ram in my long, leather winter coat, waiting for my late, great friend Camille.

We appear to be having an end of the year heat wave I seem to be in denial over.

As I make a New Year’s resolution to start wearing deodorant, something light like Mennen’s Speed Stick, who comes galloping out of Prada like Sectetariat on a spending spree, but Camille.

“Am I late?  And why is your face all flushed. I’ve told you to stop eating shellfish Susannah, how many times?”

“Not yet it isn’t.  My God, it’s like Palm Beach out here, and I suggest we enjoy it because it’ll be 20 tomorrow.”

So the Eskimo and the racehorse made their way to the Ritz Carlton Tea Room for spiked lattes, a Camille invention…

coffee and steamed milk, with a hardy shot of rum.

I thought of singing auld lang syne since come Sunday, I’m hanging up my hangovers for good, but why ruin the moment.  However, it was so noisy, I had to ask to leave.

“And loud.”  When you’re hearing impaired it’s as if you’re a guest in a beehive, so to keep your sanity, one needs to escape the collective buzz, but unless you’ve experienced it, you just might be a tad uncooperative.

“FUCK SUSANNAH. CAN’T YOU JUST ACT NORMAL FOR ONCE?  Oh shit, I’m sorry. I’m just so on edge after having a fight with EDWARDO.”

After we got our 22 dollar coffees to go, we ventured to the park for a little girly-girl, tete-a-tete.

“He’s so damned conventional. He wants to go to Time Square to watch the fucking ball drop. Ugh…so I nicely expressed I didn’t.”

“What did you say exactly?”

“That he should stay home and watch his own two drop since I had no intention of doing that.  He got so pissed, why… I don’t know.”

I agreed at once, carrying my coat like a dead animal, because I knew Bemelmans, bless it’s little, overpriced heart, would be air-conditioned.

See ya next year everybody. 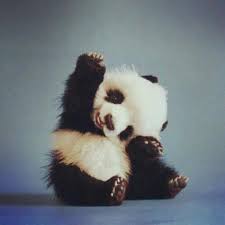 I'm just a girl who likes to write slightly on slant. I've had a career in fashion, dabbled in film and to be honest, I don't like talking about myself. Now my posts are another matter so I will let them speak for themselves. My eBooks, A New York Diary, Model Behavior: Friends For Life and Notes From A Working Cat can be found on Amazon.com. Thanks.
View all posts by Susannah Bianchi →
This entry was posted in alcohol, dessert, Fashion, friendship, humor, New York City, sex, women and tagged New Years Eve, The Carlyle Hotel, The Ritz Carlton Hotel, Watching the ball drop. Bookmark the permalink.