I’m coming off the running track early one morning, when I see a hawk gazing at me from a tree.  He’s huge, with talons that look professionally done by a Romanian woman, possibly called Inga. 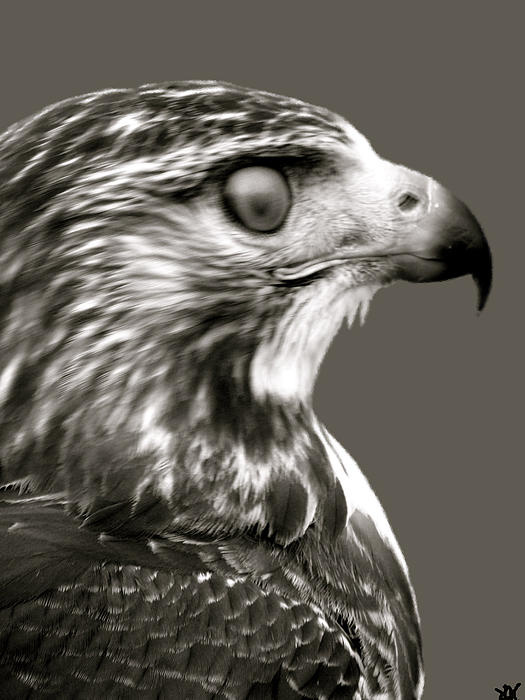 He’s so homely he’s handsome, like most of the men I know, in full swagger even at rest.

I expect him to take flight when he sees me, but he doesn’t, holding his ground as if to say, sorry baby, but I got here first.

He’s majestic alright and knows it, the Errol Flynn of hawks, the way he preens his feathers, shakes them a bit, to make sure he’s noticed.  How could you not…he’s the size of a toddler, solid as a ship.

I know he’s looking for breakfast the way his head keeps circling on a reconnaissance mission to appease his flesh preferred appetite.  It’s too bad I can’t interest him in a vegetable, or at least an omelette, inviting him to dine with me to save some creature a grisly fate.

“So Hawk, would you like to come to The Three Guys with me for some eggs…what do ya say? Toast, home fries. I’ll treat.”

He scratches his chin with his index talon before saying,”Ya know, that’s a mighty nice  offer, but I have my heart set on a nice rat this morning.  You know how it is when you get a craving.”

“Yeah, I sure do,” I say, remembering those Mallomars I had before going to bed.

“Ya know, if you were just a little smaller and not so bony, I could really go for you.”

This is when I pop out of my sick reverie, and hustle on home.

I'm just a girl who likes to write slightly on slant. I've had a career in fashion, dabbled in film and to be honest, I don't like talking about myself. Now my posts are another matter so I will let them speak for themselves. My eBooks, A New York Diary, Model Behavior: Friends For Life and Notes From A Working Cat can be found on Amazon.com. Thanks.
View all posts by Susannah Bianchi →
This entry was posted in animals, humor, nature, New York City, Women and men and tagged Central Park, day dreaming, fiction writing, hawks of Central Park, sexy not handsome looking men, Three Guys Coffee Shop NYC. Bookmark the permalink.