Best Line Of The Week

I’m standing in line at Panera, a father and one whiny kid in front of me, screaming because she can’t have a lollipop the size of Montana at 7 in the morning.

My ears in peril, I decide to intervene.  I say to little Damea, “you know what…I think I have something for you,” reaching into my trusty, old Kate Spade, producing a more modest lolli from the bottom of its depths, lolling like a sugary lifeboat.

I look at the dad for approval.  He nods.

“You can save this for later,”I say, like Nana in Peter Pan, 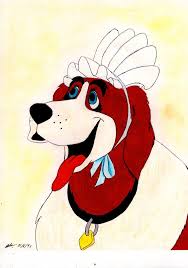 if she could talk that is…and dad says,

“You’re so nice…are you on medication?”

I'm just a girl who likes to write slightly on slant. I've had a career in fashion, dabbled in film and to be honest, I don't like talking about myself. Now my posts are another matter so I will let them speak for themselves. My eBooks, A New York Diary, Model Behavior: Friends For Life and Notes From A Working Cat can be found on Amazon.com. Thanks.
View all posts by Susannah Bianchi →
This entry was posted in dessert, Family, food, humor, kids, New York City, parents and tagged bratty kids, Panera Bread, parenting, Peter Pan. Bookmark the permalink.

24 Responses to Best Line Of The Week