Those Who Can’t Teach

I came upon a young mother with a baby girl and a brand new Pit puppy, each ambling alongside her, as she slowly pushed a stroller.

African American, pretty, no more than 25, a Norman Rockwell that jumped off the wall.

Have you ever seen a Pit Bull puppy with their big feet and wobbly legs, gallumping, not quite sure what to make of life just yet? 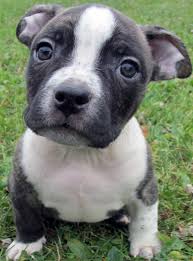 And the baby, with her triple diaper action making her bum stick up like a pogo stick, equally amazed at everything she sees, including her new pet.

As I stop to watch, the mother sweetly smiles, giving patience a whole new face, since they’re walking like snails, every few steps, one of them, plopping down on the pavement.

“You have quite an enterprise goin on,” I say to her.

“She’s afraid of our new dog, so I’m trying to teach her, Hero’s her friend.”

“Hero…what a great name, since that’s who he’ll be to her once she gets over her fear.”

As I say this, Ava is her name, is hiding behind her mom’s ample thigh, only revealing one eye, the rest of her hidden in the folds of her mother’s sweat pants. 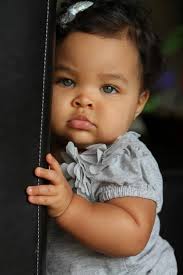 “Can I try something?”

I slowly kneel in front of Hero, opening my palms to let him see, I come in peace, the way one should always approach any animal.  That way, they make the decision to be friendly, or not, so there are no misunderstandings.

“Look Ava, Hero is kissing my hands to let me know, it’s okay to pet him,” which I do, along his hardy backside, he thoroughly enjoys.

She watches suspiciously, but then her mom holds out her palms that Hero sniffs and licks, bunts and basks in all the trust he’s happily collecting.

So finally, the little girl, her diapers in the air, kneels down holding out the tiniest two hands her new pal, on cue, accepts with pure love.

I leave them all on their feet, continuing their journey, happy to have contributed.

Have you ever just moved yourself to tears?

Now standing on the corner weeping, being in an emotional state to start with, when the little Latino peanut vendor…a buck a bag…comes over and says, “That was so bee-oo-ta ful Miss,” handing me one….palms open.

Only in New York.

I'm just a girl who likes to write slightly on slant. I've had a career in fashion, dabbled in film and to be honest, I don't like talking about myself. Now my posts are another matter so I will let them speak for themselves. My eBooks, A New York Diary, Model Behavior: Friends For Life and Notes From A Working Cat can be found on Amazon.com. Thanks.
View all posts by Susannah Bianchi →
This entry was posted in animals, Faith, Family, food, humanity, humor, kids, Love, New York City, parents, words and tagged Anne Geddes photography, Google Images, kindness towards all living things, parenting, Pit Bull puppies, young mothers. Bookmark the permalink.

22 Responses to Those Who Can’t Teach