It’s no secret I’m an avid observer…how else would I have so much nonsense to write about.

I found myself, in the park, over the weekend, watching two squirrels play.  They were taking turns chasing one another…up a tree, down a tree.  Hiding in bushes, jumping out.  I remember thinking how cute and happy they were, until suddenly they started having sex, throwing me for a loop since one minute they were playing tag, the next, possibly making babies…right in front of my eyes.

It dawned on me, all that running around was their idea of foreplay.

I could never imagine being that frisky since it made a pole dance look like a walk in the park, no pun intended.

Or yelling, ollie ollie oxen free, in the onset of passion.

Donning lingerie is as athletic as I go.

I’ve written about squirrels before, but boy… 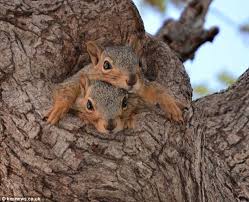