The Jewess and the Shiksa

She always runs along the various paths that parallel the road, like a deer loping by.

Occasionally we stretch together on one of the Park’s many bridges discussing a panoply of things like yoga and make-up…girlie topics that unite all females, no matter what age.

But not this morning. Today I found her in tears, her corkscrew curls wet, wrapped around her face.

Her family, Jews with a point of view it seems, are pressuring her into marriage, says she’s going to be an old maid soon if she doesn’t find a husband. Apparently her two sisters are both married with kids, so she’s turning into the black sheep embarrassing her parents.

My heart broke for her wanting to kill them for killing the spirit of such a lovely creature, who would love to meet Mr. Right even though they’d be happy with Mr. Wrong so they’ll look good at Temple.

“I date all the time,” she said, “It’s not that I don’t try, I just don’t like anyone enough to tie any knots.” She’s now weeping on my shoulder.

“You know Sherry, I’ll call her, it’s okay to wait for someone who feels right, and you’re so young still, believe me, there’s time.”

“Not according to my mother who says my insides are shriveling. I need to start a family…now.”

Did I want to yell at this pushy, insensitive woman who should just be happy to have such a sweet, lovely daughter with an innocence you don’t often see, making perfect sense she’s not a player, meaning, she wants the real thing, not just some male that looks good on paper.

“I’ve been on JDate, and it’s awful,” she said, the Jewish version of eHarmony. “Everything is about money, and where you went to school, and what your father does. I always feel as if I’m being interviewed for a job rather than for who I am.”

Her nose that her mother wants her to fix, is now red as a beet. She’s so pretty just the way she is. I try keeping silent, but finally burst at the seams.

“Sherry, I think it’s time you say to your parents, they’re hurting you and if they don’t stop, you’ll not see them.”

She looked at me, shocked. “How could I do that? They’d be so crushed.”

“What about you. You’re not a baby, you live on your own, you support yourself, am I right?”

She nods her curly head.

“You have rights, and for the record, I admire you for your independence and willingness to wait for what feels right. To thine own self be true, I believe you have that on one of your T-shirts.”

We both laughed.  “I forgot about that. I need to wear it more.”

“Yes, to remind yourself, your feelings matter, even if those nearest you can’t understand.”

I watch as her long legs take flight thinking, one day she’ll find someone she’ll love, worthy of her. 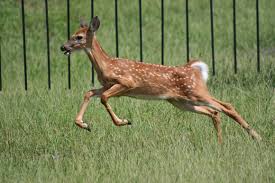 I'm just a girl who likes to write slightly on slant. I've had a career in fashion, dabbled in film and to be honest, I don't like talking about myself. Now my posts are another matter so I will let them speak for themselves. My eBooks, A New York Diary, Model Behavior: Friends For Life and Notes From A Working Cat can be found on Amazon.com. Thanks.
View all posts by Susannah Bianchi →
This entry was posted in Beauty, Family, grace, Health, humanity, internet, Love, nature, New York City, parents, religion, sexual relationships, women and tagged Jdate, looking for Mr. Right, Pretty young girls, pushy parents, running. Bookmark the permalink.

26 Responses to The Jewess and the Shiksa