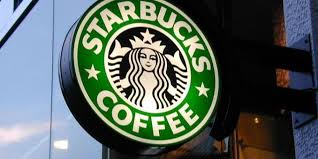 It’s early and rainy, forgoing my run, instead, heading to Starbucks a few blocks away.

Though the door is open, no one is in the front, so I patiently wait trying not to steal any cookies that are all winking at me like women of the night.

Is that a baby I hear?

A little barista with nails that could service the entire cocaine industry, comes running out to say, she’ll be right back.

Finally she emerges, clutching a cradle with the cutest baby girl wrapped inside cooing like a little dove.

“Is she yours?” I ask, getting all loopy at the gummy grin the wee thing’s giving me.

“No they won’t,” I say, suddenly the Norma Rae of protective mothers, before having the wild idea of offering to babysit.

NO NO NO SUSANNAH, YOU’VE NEVER CHANGED A DIAPER IN YOUR LIFE…GET HOLD OF YOURSELF.

But that cooing was playing me like a cheap banjo.

Before I could shoot myself in the sneaker, another woman comes in with more or less the same response.

“What I’m gonna go?” said Mom, really panicking since, now she has a line that her co-worker, who finally shows up, is trying to man himself.

Imagine Lucy at the candy factory after she hears….SPEED IT UP OUT THERE!

The woman alongside me, who I happen to casually know, offers to take Accolade. Maybe it was Adelaide, and I didn’t hear right, though an accolade is a prize after all and Mom is maybe 17. (how old do you have to be to have a key to a Starbucks?)

My copilot then asks, “Doesn’t she have a dad?”

I like him immediately, as I watch this wonderful woman take the little bundle and cuddle her like a doll.

I get my Tall Viennese Blend in a Grande Cup and leave, deciding, it’s high time I learn how to change a diaper, since you never know when this could happen again. 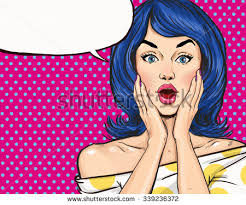 I'm just a girl who likes to write slightly on slant. I've had a career in fashion, dabbled in film and to be honest, I don't like talking about myself. Now my posts are another matter so I will let them speak for themselves. My eBooks, A New York Diary, Model Behavior: Friends For Life and Notes From A Working Cat can be found on Amazon.com. Thanks.
View all posts by Susannah Bianchi →
This entry was posted in comedy, Family, food, humanity, humor, Love, New York City, Starbucks, women and tagged a girl's maternal side, babies having babies, fathers in jail, I Love Lucy Candy Factory Episode, random acts of kindness. Bookmark the permalink.