Outfielder, for the Yanks

I witnessed the funniest scene in the park with a Golden Labradoodle and his middle-aged master who were casually playing catch, until….

the ball went flying downhill at the speed of light, the Doodle in hot pursuit going faster and faster till the dog just disappeared.

The owner started whistling for him, calling his name.

Everyone who saw this, stopped to help. “Lucky, Lucky,”  but Lucky seemed gone, headed for the next town.

After the longest five minutes, ever, who comes trottin’ back on the same path proudly with his ball, as though he caught a pitch that didn’t quite make it over the stadium wall.

A young guy said to Lucky’s owner, “Boy, he’s an athlete your dog, like an outfielder, for the Yanks.”

The guy gave him what I can only call, 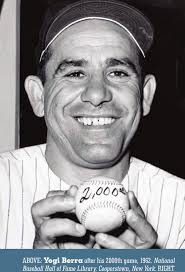 a Yogi Berra grin, and the dog, well, he would have doffed his cap, if he had one. 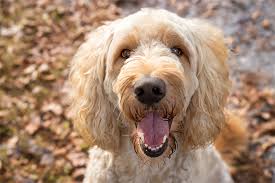 I'm just a girl who likes to write slightly on slant. I've had a career in fashion, dabbled in film and to be honest, I don't like talking about myself. Now my posts are another matter so I will let them speak for themselves. My eBooks, A New York Diary, Model Behavior: Friends For Life and Notes From A Working Cat can be found on Amazon.com. Thanks.
View all posts by Susannah Bianchi →
This entry was posted in animals, humanity, humor, New York City, Sports, words and tagged Central Park, Golden Labradoodles, Love me love my dog, New Yorkers, The New York Yankees. Bookmark the permalink.

9 Responses to Outfielder, for the Yanks