Posted on September 18, 2018 by Susannah Bianchi

In my last post, I mentioned my late pals, Mimi and Jackie missing them more than I can say.

My fantasy is, they’re together in one of their living rooms, Jackie’s painted peach, Mimi’s pale yellow, looking down at me shaking their noble heads.

“Oh, when will she learn, none of this stuff she worries about matters. What can we do we haven’t already done?”

Mimi would nod like an old sage. “Let’s have more wine and discuss it.”

Sometimes at 5 o’clock, the World WASP Cocktail Hour, I think I hear Mimi calling from across the hall. “Come on over Suz, gettin’ the wine out, and I have a new cheese I’m sure you’ll love.”

I’d run over barefoot in tights and a Hanes T-shirt looking like a punk peasant with a pear or an apple, the only thing she’d allow me to bring, slicing it as if it were made of gold.

Ah, how much I miss Mimi.

Jackie, who I knew much longer, a mentor of sorts…classy, well-heeled with a strain of whimsy separating her from the other upper east side snoots in our midst.

I’d get a call. “Susannah dear, come on over for a nice glass of wine. And I have those cucumber sandwiches you like from Billy Poles.”

I’d make skid marks to her house on Fifth, sometimes seeing Ralph Lauren in the elevator residing in the penthouse.

Nick, the doorman, also gone to that great mahogany lobby in the sky, would say, “Go right up…Mrs. V’s expectin’ ya.” Everyone loved Nick, who was jolly and kind and told you how pretty you looked, even when you didn’t.

Jackie would greet me in one of her cashmere turtlenecks and black capris, Rene Mancini flats gracing her Elizabeth Ardened feet. Every Christmas I’d too get a turtleneck from Saks, hence, my lovely collection due to her.

We’d laugh and giggle, like girls of the same age. Same with Mimi. Where two women, or three, are gathered, age matters none. The older one just has more stories the younger one gets to listen to.

I feel blessed to have known both who liked me just for me, expecting nothing, appreciating who I was without criticism or censor.

They were generous women, unlike those I meet now who would just as soon kill you for a parking spot.

I’m sure Mimi and Jackie are up there chatting to the sound of a cocktail shaker occasionally liking that ice cold martini, wondering…what’s happened to humanity since we’ve gone?

“God if I know,” Mimi would say, “more cheese Jackie?”

“I’d love some, and isn’t it great not to have to worry about our figures anymore?” 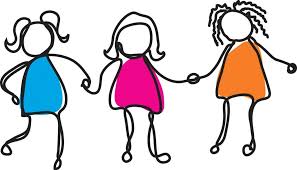 I'm just a girl who likes to write slightly on slant. I've had a career in fashion, dabbled in film and to be honest, I don't like talking about myself. Now my posts are another matter so I will let them speak for themselves. My eBooks, A New York Diary, Model Behavior: Friends For Life and Notes From A Working Cat can be found on Amazon.com. Thanks.
View all posts by Susannah Bianchi →
This entry was posted in alcohol, Connecticut, Fashion, friendship, grace, Gratitude, Home, humanity, humor, Love, money, New York City, women, words and tagged cocktail hour, good friends, Ralph Lauren, Those gone before you, William Poles. Bookmark the permalink.

22 Responses to Friends, Missing In Action