Posted on November 25, 2018 by Susannah Bianchi

I heard a story about John Kennedy Junior I had never heard before. Just when you think you know everything there is to know about someone you admire, something lost gets recovered.

It’s no secret his mother raised her children like Bouviers rather than Kennedys, meaning, they were more grounded, less wild despite the many violent circumstances surrounding them.

Manners and doing what was right, were big with Jacqueline Bouvier Kennedy.

She taught both her children, not to ask another to do something you could easily do for yourself, which brings me to my story.

John, while hailing a cab, saw an old friend of his from school, also hailing one on the opposite corner, suggesting they ride together.

He hadn’t seen this fella in a long time, but remembered him and his family fondly, so when the guy said, he was on his way to the hospital to visit his very sick dad, John was at once concerned. Getting out first, he asked what hospital his dad was in, and to make sure to say that he asked for him.

The next day, remembering this man loved Shakespeare, he went to the the rare book section at the old Scribners Books Store, and bought two nice Shakespearean volumes.

After having them wrapped, heeding his mother’s wisdom, rather than having them sent, went to the hospital to hand deliver them.

When his friend’s father saw him walking in, he was stunned.

“What are you doing here John?” Probably thinking there was some mistake.

John said, “I came to see you. Heard you were under the weather.”

The man, when John gave him the books said, “How did you know how much I love Shakespeare?”

“I remember when I used to visit, all the books of his you had in your library.”

I love this story, one because it proves, showing a little effort moves mountains in the simple healing of humanity. How much his presence and that he took the time, meant to this old man.

Just when you think you know everything there is to know about someone you admire, something lost gets recovered. 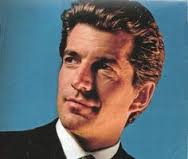 John Kennedy Jr. would have been 58 years-old today

I'm just a girl who likes to write slightly on slant. I've had a career in fashion, dabbled in film and to be honest, I don't like talking about myself. Now my posts are another matter so I will let them speak for themselves. My eBooks, A New York Diary, Model Behavior: Friends For Life and Notes From A Working Cat can be found on Amazon.com. Thanks.
View all posts by Susannah Bianchi →
This entry was posted in Books, Family, friendship, grace, Health, History, humanity, Love, men, New York City, parents, Politics, readng, writing and tagged Good Manners, Jacqueline Kennedy, John Kennedy Jr., Scribners Book Store of yore, William Shakespeare. Bookmark the permalink.