You Look Tired…Are You Tired?

Yes, I’m tired of you saying, I look tired.

She’s my neighbor on 12 I’m very nice to…leave notes, that seasonal bouquet, and in return, I’m examined like a Chevy that any minute will get her tires kicked.

I almost forgot, she’s 92. I soothe myself with one word…cataract, mistaking me for an owl, one with high cheekbones.

Then there’s the 31 year-old down the hall who I’ll hide from if I see her door starting to open.

Did you dye your hair? Looks lighter.

Did you dye your hair? Looks darker.

Did you gain weight? You seem a little heavier.

How I long to ask, what’s it like having only one brain cell? Must be like traveling light, with just a carry-on.

Why must people comment when it’s so rude…did I mention it’s very rude?

If you had two heads, at most I’d say hello twice, never alluding to anything out of the norm.

If you invited me into your home, I’d never ask..do you own? Do you rent? How much do you pay?

I’d douse my head, the only one I have I’m happy to say, in the sink before I was…

The audacity of inappropriate questioning leaves me in a Connecticut swoon. My mother, with all her faults, taught me manners, to refrain from being too nosy about things that are none of your business. Of course part of that was to keep a low profile, in case you got caught canoodling with a husband who wasn’t yours, but still.

Decorum, that in 10 years will have a show at the Met, sounds like a hot new club.

Politeness trumps presumption. I know, someone should mention this to Donald Trump, but we’ll save that for another day. 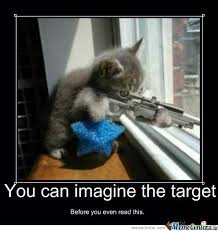 I'm just a girl who likes to write slightly on slant. I've had a career in fashion, dabbled in film and to be honest, I don't like talking about myself. Now my posts are another matter so I will let them speak for themselves. My eBooks, A New York Diary, Model Behavior: Friends For Life and Notes From A Working Cat can be found on Amazon.com. Thanks.
View all posts by Susannah Bianchi →
This entry was posted in Connecticut, Culture, humanity, humor, New York City, Politics, travel, words and tagged Donald J. Trump, Good Manners, inappropriate behavior, nosy neighbors. Bookmark the permalink.

52 Responses to You Look Tired…Are You Tired?