It was 20 years ago today, when John F. Kennedy Jr’s plane went down killing him, his wife Carolyn and her sister, Lauren Bessette.

It was 56 years ago this coming November, when at the tender age of 3, he poignantly saluted his father’s casket breaking hearts around the world.

His picture is everywhere, newspapers and magazines making hay out of this, hard to believe, anniversary,

JFK Jr. An American life, preens from People Magazine’s Commemorative Issue knowing, America, out of loyalty and unabashed curiosity will buy it, bestowing it with pride of place on their coffee tables.

Jackie’s son. John-John, a name he loathed and by the way, was never really called. His dad, during his work day would call out his name, so somehow saying, John, John, was transformed into a title that was a mere manufacture. 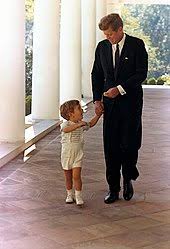 It made such good copy.

His mother lived in my neighborhood so John sightings were frequent. He never hid nor got mad if approached, wearing his Kennedy mantle with grace, unlike his sister, Caroline, who shuns any kind of attention. He was comfortable with his lineage, though his young, beautiful wife, Carolyn, was not.

Her mother had cautioned her before marrying him, knowing her daughter well. But alas, this beautiful girl who had everything in her own right, went against her instincts because, as she told those closest to her, how could she give him up? He’s John Kennedy Jr.

It would have saved her life, since she went against her instincts again when she tried not to go on that fatal flight.

But back to John.

He had a great sense of humor, making fun of himself, like when he launched his own magazine, George, on the steps of Federal Hall, the site where George Washington took his Oath of Office and said, “The last time I saw this much press was when I flunked the bar exam.” He had them in his pocket after that, showing signs of a possible political career that sadly would never be.

But we didn’t know that then.

He was handsome, chivalrous, generous and reckless. He had his mom’s looks and his dad’s bravado. History does repeat itself when you think, how many people told JFK not to go to Dallas.

How many people told John, not to fly that night.

DNA is strong, winning most hands, and in the case of both Kennedys, there was no exception.

One of my own indelible images of him is loping through Grand Central Station in canary yellow trousers, later reading, they were golf pants belonging to his dad.

As a New Yorker, and someone remembering a poignant salute a little boy gave his  fallen father, I think of him this day.

I'm just a girl who likes to write slightly on slant. I've had a career in fashion, dabbled in film and to be honest, I don't like talking about myself. Now my posts are another matter so I will let them speak for themselves. My eBooks, A New York Diary, Model Behavior: Friends For Life and Notes From A Working Cat can be found on Amazon.com. Thanks.
View all posts by Susannah Bianchi →
This entry was posted in Culture, Family, grace, humanity, inspiration, Love, media, New York City, parents, Politics, violence, words and tagged Dallas 1963, John F. Kennedy Jr 20th Anniversary, Rembering JFK Jr.. Bookmark the permalink.