Miss, Did You Drop This?

First off, when you’re called Miss at my age, you’re having a good day.

To be called Miss by a handsome, well-heeled, polite forty-year old that looks like a matinee idol is like winning The Derby.

Seems I dropped my scarf I Babe Paleyed around my straw satchel he chivalrously  rescued attempting to return.

Barbara Paley, known as Babe, considered one of the classiest, chicest women who ever lived, 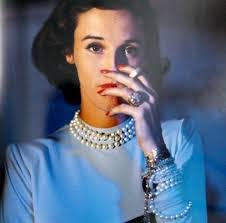 started the trend with her Hermes scarf tied jauntily around her Chanel, Birkin, Gucci, Pucci handbags.

I didn’t hear him as he must have tried getting my attention because, suddenly he was in front of me, the scarf held delicately as if it were the Holy Grail.

Then it dawns on me how upset I would have been if I had actually lost it since, it belonged to my late, great friend Jackie I so loved and chronically miss.

Without thinking, after taking it from his outstretched hand, grabbed his waist gratefully hugging him.

One could say, my girl got loose.

“Forgive me,” I quickly said, realizing what I had done. “This scarf really means the world to me, and besides,” I said, doing my best Bette Davis, “what else to do when you meet Sir Lancelot.”

That smile that was already pretty big, tripled in size. 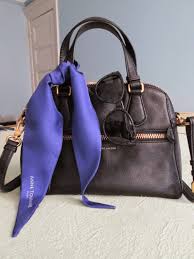 I'm just a girl who likes to write slightly on slant. I've had a career in fashion, dabbled in film and to be honest, I don't like talking about myself. Now my posts are another matter so I will let them speak for themselves. My eBooks, A New York Diary, Model Behavior: Friends For Life and Notes From A Working Cat can be found on Amazon.com. Thanks.
View all posts by Susannah Bianchi →
This entry was posted in Beauty, Culture, Fashion, humor, money, New York City, women and tagged Barbara Babe Paley, Fashion accessories, Hermes scarves, social etiquette. Bookmark the permalink.

49 Responses to Miss, Did You Drop This?