Posted on November 29, 2020 by Susannah Bianchi 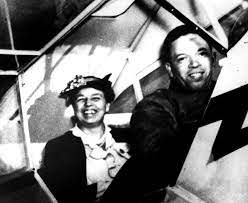 to ever ride in an airplane.

Wonder if she bumped her head.

Jackie Kennedy’s favorite dessert was Dunkin Hines Chocolate Cake, her longtime cook, Marta Sgubin, made for her daily, didn’t matter who was coming to dinner. 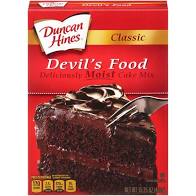 Josephus Daniels, Secretary of the Navy during

banished alcohol from the fleet, replacing it with coffee,

hence, the expression...cup’a Joe, who after that, wasn’t too popular.

In 1995, Country and Western singer, Dolly Parton, created The Imagination Library, where needy kids could receive free books in the mail each month, from birth until age 5, starting with…

The Little Engine That Could.

The Emmett Till Antilynching Act which passed unanimously by the 116th Congress, on January 3, 2019, was introduced by our newly elected-Vice President, Kamala Harris, as the Junior United States Senator, of California.

Who was Emmet Till?

A 14 year-old boy of color, who was hanged in Mississippi in 1955 after being accused of offending a white woman in her family’s grocery store.

Took 64 years for the law to pass, to make it a hate crime. 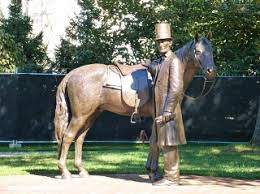 Abe, was also the first President to bring a cat to 1600 Pennsylvania Avenue. Tabby was her name, a gift from Abe’s Secretary of State, William H. Seward. 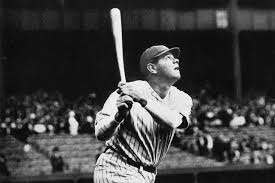 and 365 more during his 15 years as a Yankee, coining it, The House That Ruth Built.

Elizabeth Taylor, though no longer together, kept a framed photograph of Richard Burton on her nightstand till the day she died.

French actor, Charles Boyer, devastated over the loss of his wife of 44 years, two days before his 79th birthday, took a fatal overdose of sleeping pills.

All of France mourned.

Myth has it, the term, So long, Charlie, was coined by jockey, George The ‘Iceman’ Woolf,

leading the legendary Seabiscuit on November, 1st, 1938, to victory against the unbeatable, War Admiral, during what was called The Race of The Century, uttering the now-iconic line to War Admiral’s jockey, Charlie Kurtsinger, as he passed him by.

Now that’s what I call a a pal.

Actor and Director, Emilio Estvez, made the film Bobby (2006),

about the final moments of Robert F. Kennedy,

at Los Angeles, California’s Ambassador Hotel, where the assassination on June 6, 1968, took place.

It was torn down shortly after.

In 1990, a young model longing to be an actress, made her film debut in a movie directed by the actor, Bill Murray, called Quick Change, preparing herself for stardom.

Well, let’s just say, it wasn’t in the stars.

I'm just a girl who likes to write slightly on slant. I've had a career in fashion, dabbled in film and to be honest, I don't like talking about myself. Now my posts are another matter so I will let them speak for themselves. My eBooks, A New York Diary, Model Behavior: Friends For Life and Notes From A Working Cat can be found on Amazon.com. Thanks.
View all posts by Susannah Bianchi →
This entry was posted in alcohol, Beauty, Cinema, creative writing, Culture, dessert, History, humanity, humor, media, Politics, travel, violence, war, words, writing and tagged Emmett Till Antilynching Act, famous actors, Franklin and Eleanor Roosevelt, Interesting facts, Old time horse racing, The film Quick Change. Bookmark the permalink.

57 Responses to Did You Know?